San Diego, CA, November 05, 2012, 6:31 am -- /EPR NETWORK/ -- The Ticket Relief Online Traffic School and Defensive Driving Course is pleased to announce the success of the next chapter “Giving Back” charity campaign, as the preferred choice for satisfying traffic school on the Internet has joined forces with the organizers of the AIDS Walk And Run San Diego.

Ticket Relief sponsored Gary Lee, a resident of the San Diego area, as he, along with over 8,000 participants, came together at San Diego's Balboa Park for the 23rd-annual AIDS Walk and Run, the biggest single-day fundraiser to raise money for the various HIV/AIDS organizations that serve the San Diego County area.

“My brother passed away from AIDS in January 1995. I made a promise to walk in his memory and do what I personally could to help those with AIDS/HIV, so they don't have to suffer like he did,” said Gary Lee. “I am very happy to say that we raised over $1,500 for critical services for those with AIDS/HIV in San Diego County, nearly $500 more than last year. The support from the staff at Ticket Relief has meant a lot to both me and my family.”

The AIDS Walk and Run was founded in 1989, and has raised more than $8.5 million for organizations that help patients with the disease.

“AIDS Walk and Run San Diego makes an enormous difference for the many nonprofit HIV/AIDS service providers that receive much-needed funds, says AIDS Walk San Diego teams coordinator Ian Johnson. “Last year, in partnership with the San Diego HIV Funding Collaborative, more than $400,000 was distributed to ten community-based HIV/AIDS service organizations. Our goal is to raise awareness about the impact of HIV/AIDS and to raise critically needed funds for the San Diego County HIV/AIDS organizations that serve the more than 12,000 San Diegans living with the disease.”

Log on to the official website of the San Diego LGBT Community Center, located at http://www.TheCenterSD.org) for all of the information on how you can become involved in next year's AIDS Walk and Run San Diego. The 24th-annual walk/run will take place on Sunday, September 29, 2013.

About Ticket Relief
Ticket Relief was established in 2004 in heart of San Diego, CA and has grown to become one of the nation's leading online DMV traffic school and defensive driving course. Ticket Relief's goal is to provide users with the best up-to-date information and education, because the belief is that educated drivers lead to safer roads for everyone. For more details on Ticket Relief and how to dismiss your traffic ticket online, log on to http://www.TicketRelief.com. 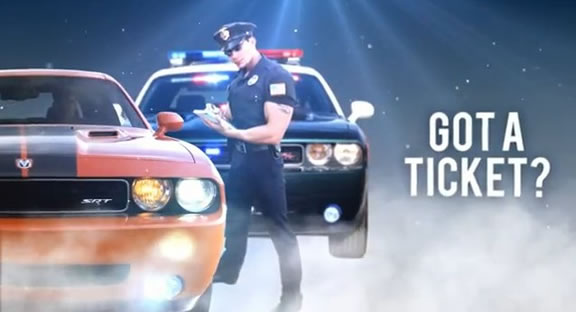